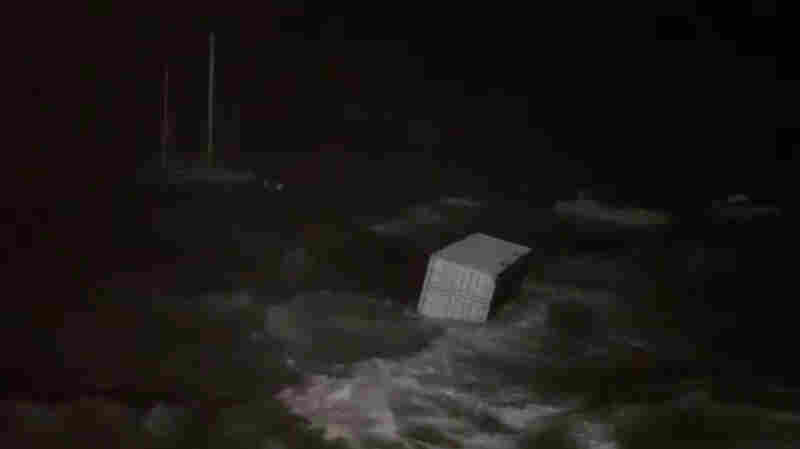 'We've Made It Through': Bermuda Endures Hurricane Humberto

September 19, 2019 • Hurricane Humberto knocked out the power for some 80% of Bermuda's electricity customers — but government officials say they're relieved no one died when the Category 3 storm passed by. 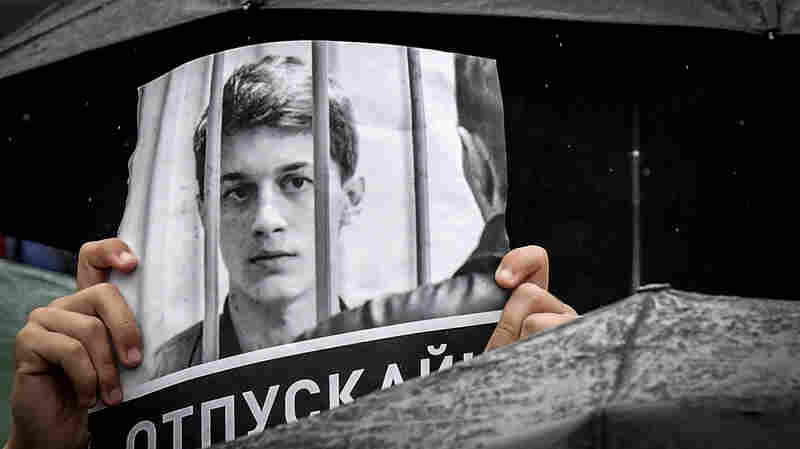 The Russian Student Who Has Become Moscow's New Face Of Dissent

September 19, 2019 • In his last YouTube video, 21-year-old student Yegor Zhukov said, "Russia will eventually be free. But we may not live to see it if we let fear win." He was arrested in Moscow on Aug. 1. 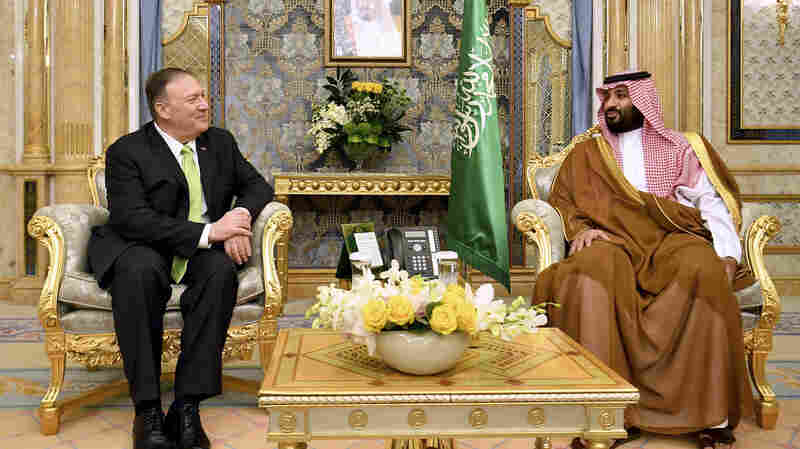 September 19, 2019 • The contingent was organized by Washington following attacks in June on oil tankers in the Strait of Hormuz that it blames on Iran. Britain, Australia, Saudi Arabia and Bahrain have also joined. 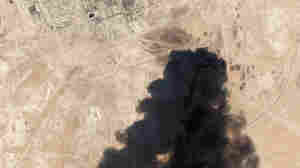 What We Know About The Attack On Saudi Oil Facilities

September 19, 2019 • The U.S. and Saudi Arabia claim Iran is behind the attack. Iran denies involvement. Here's what the physical evidence shows. 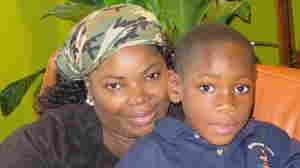 Kendieth Russell Roberts and her 5-year-old son Malachai are living with her sister in Florida. Greg Allen/NPR hide caption

Bahamians Who Fled Dorian Face An Uncertain Future In U.S.

September 19, 2019 • Customs and Border Protection says some 4,000 Bahamians relocated to the U.S. after Hurricane Dorian — many of them to South Florida. They're wondering if the U.S. will allow them to stay.

Bahamians Who Fled Dorian Face An Uncertain Future In U.S. 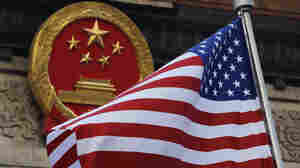 September 19, 2019 • Chinese intelligence officers like to use the professional social network — in which people often accept pings from strangers — to recruit sources within the U.S. government. 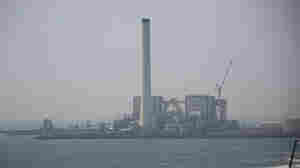 The Fukushima Dai-ichi nuclear power plant in Japan, photographed in 2016, five years after three reactors melted down. Eric Lafforgue/Art in All of Us/Corbis via Getty Images hide caption

September 19, 2019 • The three ex-Tokyo Electric Power Co. executives were found not guilty of professional negligence linked to the meltdown of three of the nuclear power plant's reactors after an earthquake and tsunami. 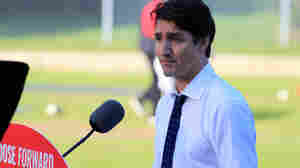 September 18, 2019 • The revelation of the photo comes as Trudeau is launching his reelection bid. "I'm pissed off at myself, I'm disappointed in myself," the prime minister said. 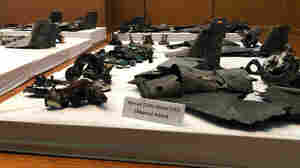 Wreckage described by Saudi defense officials as coming from the airstrikes on the Abqaiq oil refinery. Bloomberg via Getty Images hide caption

September 18, 2019 • Military and intelligence officials say it looks like Iran launched the airstrikes but the U.S. has been slow to respond. 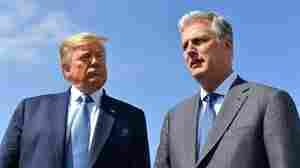 September 18, 2019 • Career foreign policy professionals tell NPR they increasingly fear that joining the NSC, which is part of the White House, will taint them as political operatives. 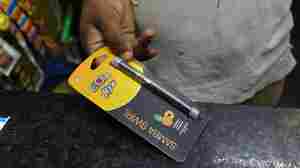 September 18, 2019 • The government expressed alarm at the growing rate of use by young people and possible health hazards. 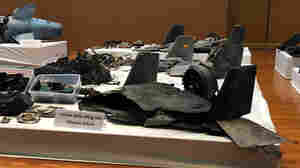 Saudi Arabia's military displays what it says is wreckage from drones and cruise missiles used to attack Saudi Aramco oil facilities. A Saudi spokesman says the weapons did not come from Yemen, as a rebel group has claimed, but from Iran. Vivian Nereim/Bloomberg via Getty Images hide caption

September 18, 2019 • "This attack did not originate from Yemen despite Iran's best efforts to appear so," said Saudi Col. Turki al-Malki. U.S. Secretary of State Mike Pompeo called it an "act of war" against the kingdom. 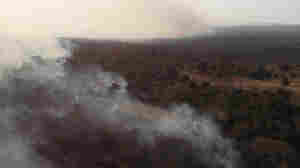 A wildfire blazes near the town of Roboré, in eastern Bolivia's Santa Cruz region, on Aug. 21. AFP/Getty Images hide caption

September 18, 2019 • Firefighters, troops and volunteers have been working for the past two months to put out some of the worst blazes in the country's recent history. 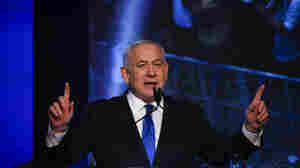 September 18, 2019 • The preliminary results show yet another near deadlock between Prime Minister Benjamin Netanyahu's Likud party and its main centrist rival. 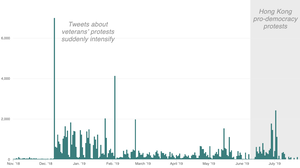 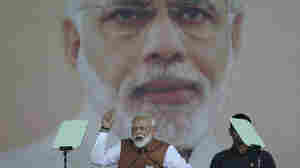 In this March 28 photo, Indian Prime Minister Narendra Modi addresses a campaign rally in Meerut. One of his efforts as prime minister has been to construct millions of toilets to reduce open defecation. Altaf Qadri/AP hide caption

September 17, 2019 • The Indian prime minister is cited for the millions of toilets his government has built in rural India. Activists say his human rights record should disqualify him. 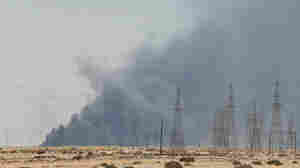 Smoke was seen billowing from an Aramco facility in Abqaiq, Saudi Arabia, after it came under attack on Saturday. Hamad I Mohammed/Reuters hide caption

September 17, 2019 • Pentagon officials tell NPR that U.S. intelligence regards the activity as "circumstantial evidence" that Iran launched the strike from its own soil. 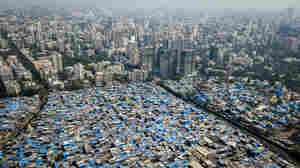 In Mumbai, some prosperous neighborhoods sit alongside slums. This year's Gates report on progress toward eliminating poverty notes that there is vast inequality not only between nations, but within many of them. @johnny_miller_photography hide caption

September 17, 2019 • The foundation has just released its annual report on progress toward Sustainable Development Goals. The conclusion: Inequality is rampant, and it's time for some hard choices. 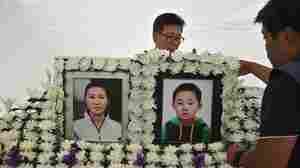 A man sets up portraits of North Korean defector Han Seong-ok and her 6-year-old son, who are believed to have died from starvation, at a makeshift shrine in downtown Seoul on Aug. 28. Jung Yeon-Je/AFP/Getty Images hide caption

In South Korea, Anguish Over Deaths Of North Korean Defectors Who May Have Starved

September 17, 2019 • A mother and her young son were found dead in July, apparently of starvation. The case has refocused attention on the circumstances of defectors, who often struggle to start new lives in the South.

In South Korea, Anguish Over Deaths Of North Korean Defectors Who May Have Starved 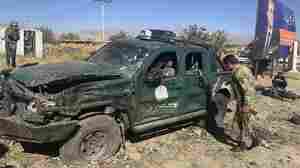 Afghan police inspect the site of a bombing in Parwan province, where Afghan President Ashraf Ghani was speaking at a campaign rally. The Taliban has claimed responsibility for the attack. Rahmat Gul/AP hide caption

September 17, 2019 • The attack, for which the Taliban claimed responsibility, occurred as President Ashraf Ghani was making a rare personal appearance. Due to security concerns, he gives many speeches through his laptop.