Accessibility links
USDA Offers Pork Companies A New Inspection Plan, Despite Opposition : The Salt Under new federal rules, pork companies can hire workers to do some tasks currently reserved for federal inspectors in hog slaughterhouses. Critics say it's a move toward privatization.

Heard on All Things Considered 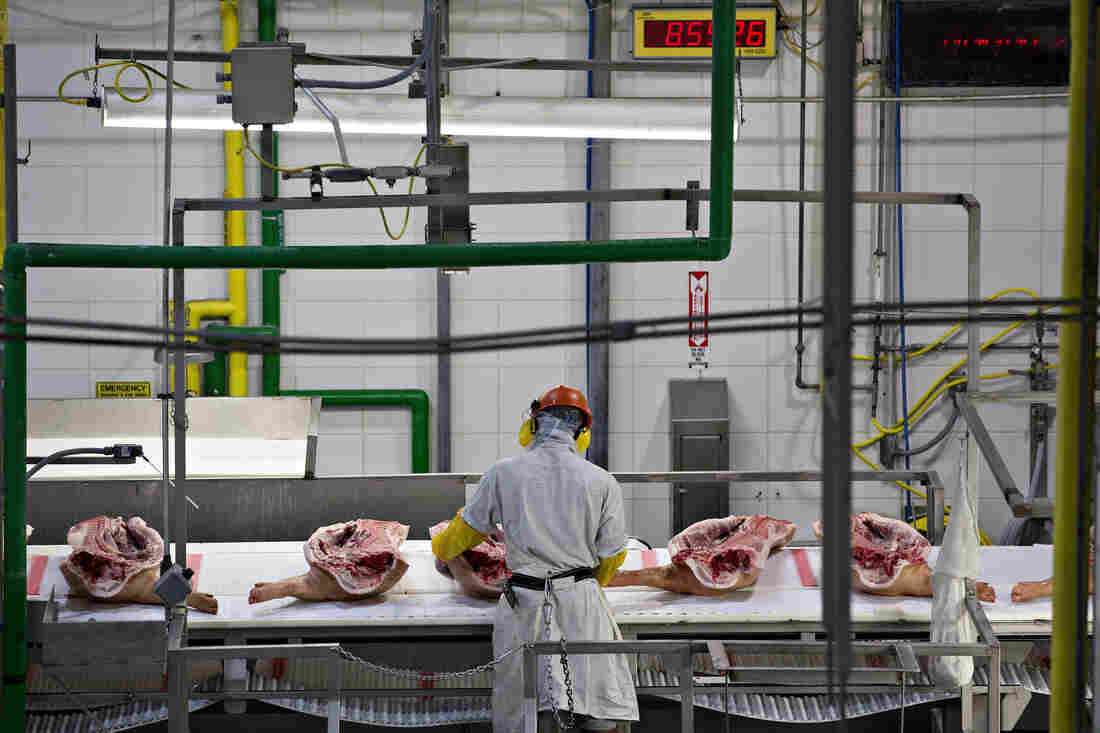 An employee handles sides of pork on a conveyor at a Smithfield Foods Inc. pork processing facility in Milan, Mo. Bloomberg/Bloomberg via Getty Images hide caption 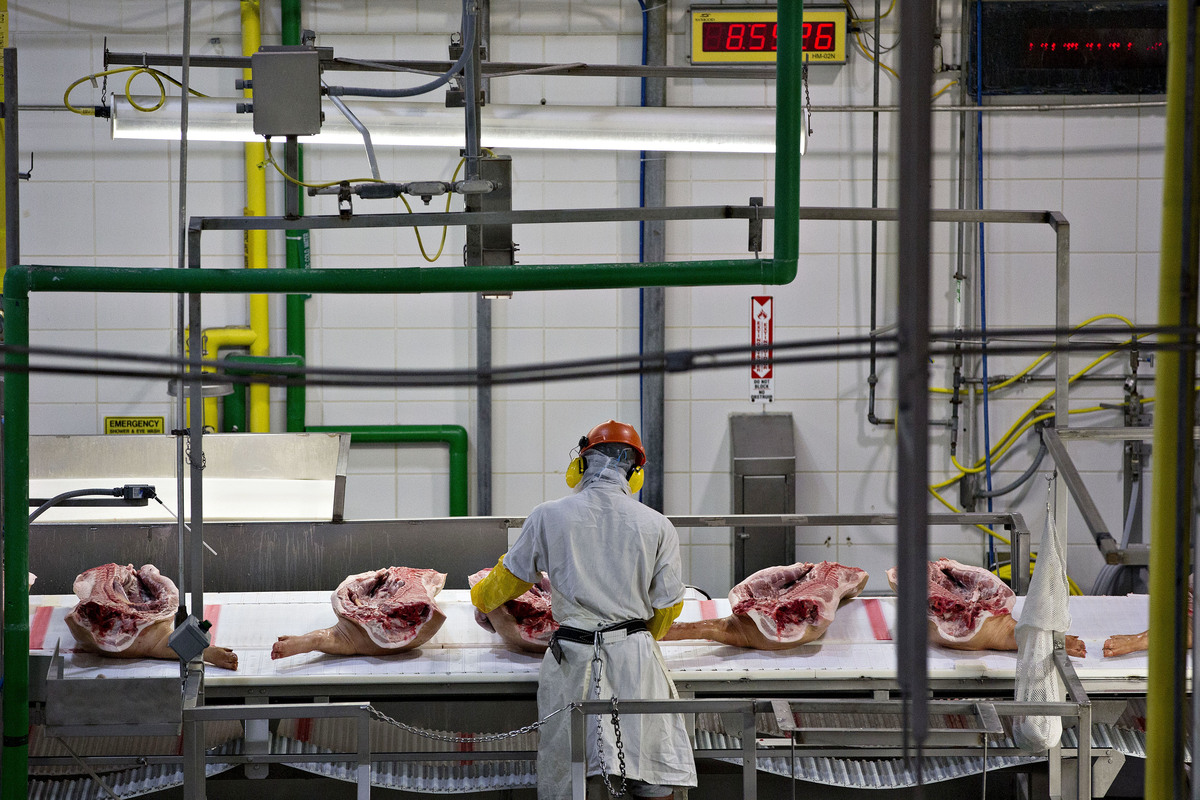 An employee handles sides of pork on a conveyor at a Smithfield Foods Inc. pork processing facility in Milan, Mo.

For the first time in half a century, the U.S. government just revised the way that it inspects pork slaughterhouses. The change has been long in coming. It's been debated, and even tried out at pilot plants, for the past 20 years. It gives pork companies themselves a bigger role in the inspection process. Critics call it privatization.

To understand the change, it's helpful to visualize a pork processing plant. It works like an assembly line in reverse. A whole pig gets cut up into parts.

At various points along that disassembly line, inspectors from the federal government are required by law to be present at all times. They reject live animals that seem sick or sections of a carcass that don't look right.

Under the new rule, just announced, pork companies have a new option. They can hire their own people to help out. These company employees would be at each inspection station, weeding out any problematic pig parts before the USDA inspector gives the meat a green light. There will be fewer USDA inspectors in the plant because they won't have as much to do.

Because of the extra personnel assigned to inspections, pork companies will be allowed to run their processing plants faster.

The pork industry likes the change. "It's always great to have options!" says Gallimore.

She says that the new rules will allow plants to try out new ways of operating that could be more efficient. She says it won't affect food safety. The additional company employees will be highly trained, and USDA inspectors still will look at every piece of pork that goes into the food supply. "There's still going to be three on-line inspectors there all of the time, and there will be two 0ff-line inspectors walking around all of the time," she says.

Five big pork plants have been experimenting with this system for 20 years. But there's been strong opposition to the change from some USDA food safety inspectors and from food safety activists.

"We call it privatizing inspections," says Patty Lovera, a food industry critic with the nonprofit group Food and Water Watch.

Lovera says that company employees aren't likely to be as aggressive, when it comes to spotting problems, as independent government inspectors. Problems cost money, "and to ask company employees to be under that pressure, of pulling product out and costing their employer money, is a lot to ask," she says. "We think consumers are better served when we have an independent government employee making that call."

Even though there still will be USDA inspectors in every plant, there will be fewer of them. The USDA has estimated that in some plants, there may be 40 percent fewer. And Lovera says they'll be trying to monitor carcasses that will be moving faster. "That just ups the pressure on that last USDA inspector to be the last line of defense," she says.

Lovera also says that increasing the line speed also could make it more dangerous for workers in these plants.

Gallimore, from the North American Meat Institute, says companies have every incentive to sell meat that's safe, and also to protect their workers. She says that government statistics show injuries in meat plants currently at an all-time low.

The new rules take effect in two months. Pork companies have several months to decide whether they will adopt the new inspection system in their plants or stay with what they know.

The rules governing inspections in poultry processing plants went through a similar shift a few years ago. In that case, opponents went to court to block the new rules, but failed.