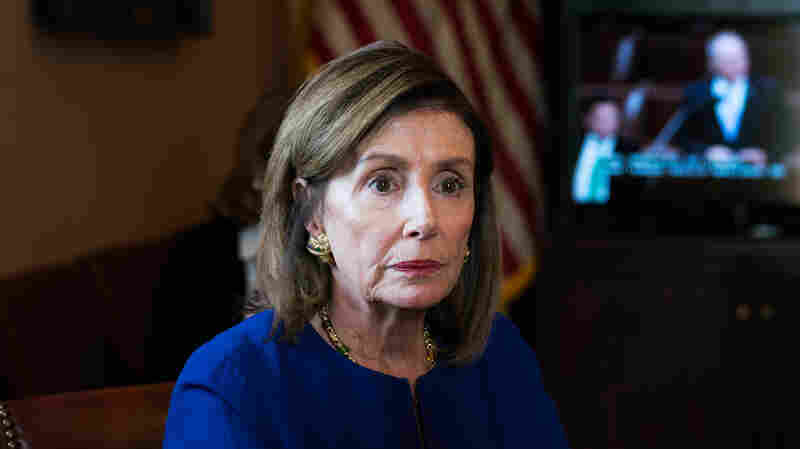 House Speaker Nancy Pelosi suggested a new law is needed to be able to indict a sitting president for potential lawbreaking while in office. Claire Harbage/NPR hide caption

September 20, 2019 • "I do think that we will have to pass some laws that will have clarity for future presidents. [A] president should be indicted, if he's committed a wrongdoing," House Speaker Nancy Pelosi told NPR.

Audio will be available later today. 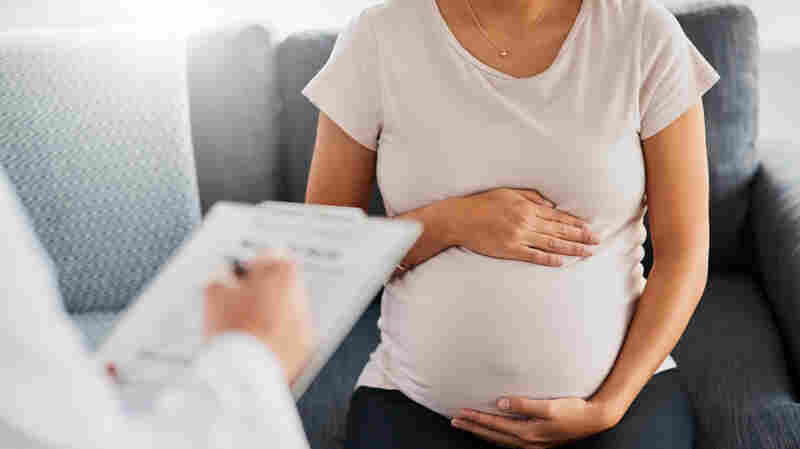 Some insurers using this new payment model offer a single fee to one OB-GYN or medical practice, which then uses part of that money to cover the hospital care involved in labor and delivery. Other insurers opt to cut a separate contract with the hospital. Adene Sanchez/Getty Images hide caption

September 20, 2019 • Instead of paying doctors piecemeal for prenatal appointments and delivery of the baby, some insurers now offer medical practices one lump sum to cover it all. 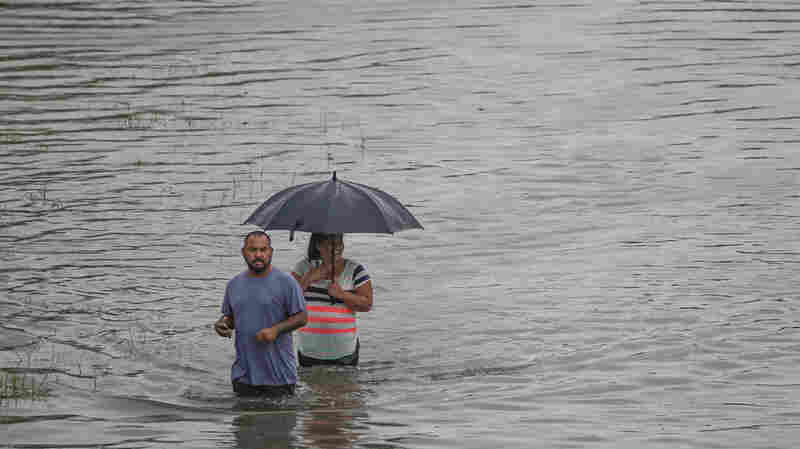 People in Houston navigate the floodwaters on Thursday. The city got more than 9 inches of rain on that day alone, according to the National Weather Service in Houston. Thomas B. Shea/Getty Images hide caption

September 20, 2019 • The National Weather Service in Houston said the amount of rainfall in Houston and Galveston on Thursday was "one for the record books." At least two deaths have been blamed on the storm.

Got A News Tip?

At NPR, we welcome your news tips. Here's a guide to getting in touch with our newsroom and how to share sensitive information. 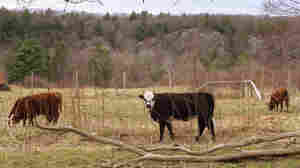 Some 'Podunk' Town In The Middle Of Nowhere

September 20, 2019 • "Podunk" is supposed to be bleak and isolated. But there are a few things that people who use the term might not know. For one, it really exists. For another, its history predates the United States. 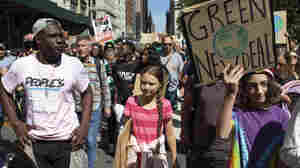 Greta Thunberg, the 16-year-old leader of a global protest against inaction on climate change, marched at a rally in New York City Friday. Around the world, millions of other people joined her. Eduardo Munoz Alvarez/AP hide caption

September 20, 2019 • "We know it's happening. We need change. We demand better," an 11-year-old girl said at a march in Thailand. Protesters are calling for net-zero carbon emissions and other changes. 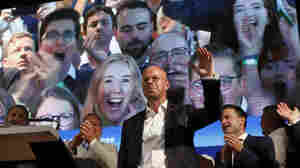 September 20, 2019 • The far-right Alternative for Germany (AfD) party won big in this month's Brandenburg and Saxony state elections. A recent poll shows the AfD more popular than ever throughout Germany. 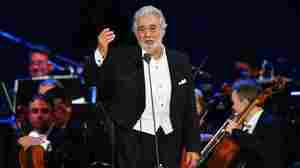 September 20, 2019 • One of opera's most popular and bankable stars is scheduled to sing at New York's famed opera house next week. But a number of Met employees say that they find the situation untenable. 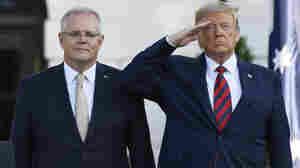 September 20, 2019 • The president blamed a "partisan whistleblower," whose identity he said he didn't know, for an allegation that Trump had an improper conversation with a foreign leader. 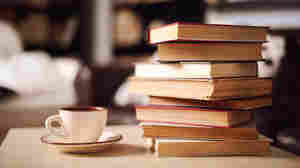 Fifty books made the cut for the 2019 National Book Award longlists. Winners will be announced in November. elenaleonova/Getty Images hide caption

Here Are The Nominees For The 2019 National Book Awards

September 20, 2019 • Colson Whitehead and Marlon James headline the longlists of names in contention for the literary prize. Altogether, 50 books across five categories stand a chance at winning in November. 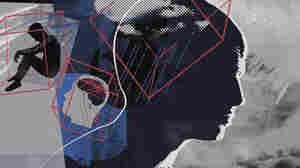 ISIS attacks abroad and a series of deadly right-wing attacks in the U.S. have fueled a demand for more information on extremist networks. Understanding them is the first step in fighting them. But there has been little discussion about potential harm to the researchers tasked with looking deep inside the world's most dangerous movements. Stuart Kinlough/Ikon Images/Getty Images hide caption

'It Gets To You.' Extremism Researchers Confront The Unseen Toll Of Their Work

September 20, 2019 • Day after day, researchers are immersed in the propaganda of ISIS and neo-Nazi factions. But there's almost no discussion of the mental toll of examining the world's most dangerous extremists. 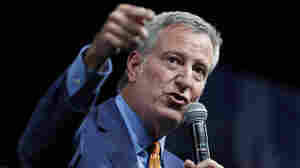 September 20, 2019 • The mayor of America's largest city was one of the last major candidates to enter the race, but his progressive pitch never caught on in the crowded field. 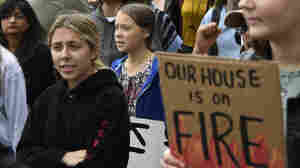 A Rising Generation Asserts Itself On Climate Change

A Rising Generation Asserts Itself On Climate Change 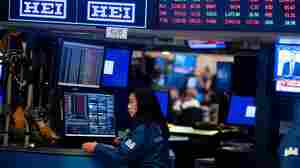 A new study found that investors were significantly more likely to bet a company's stock price was going to increase if the company had more women on staff compared with other companies. Johannes Eisele/AFP/Getty Images hide caption

Investors May Prefer Companies With More Women In The Workforce

September 20, 2019 • A new study found investors were significantly more likely to bet a company's stock price was going to increase if the company had more women on staff compared with other companies. 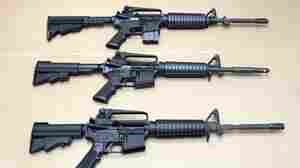 Three variations of the AR-15 rifle are displayed at the California Department of Justice in Sacramento, Calif., in a 2012 photo. On Thursday, Connecticut-based Colt's Manufacturing Co. said it was suspending production of its version of the AR-15 for the civilian market. Rich Pedroncelli/AP hide caption

September 20, 2019 • The gun-maker says it will concentrate instead on fulfilling contracts from the military and law enforcement for the semi-automatic weapon that has come for many to be associated with mass shootings. 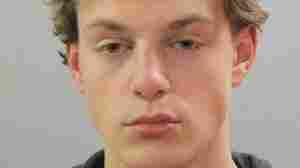 Tyler Flach, 18, is accused of fatally stabbing Khaseen Morris in a brawl stemming from a dispute over a girl. Dozens of students looked on as Morris bled out, even filming the violent scene and posting it to social media. Nassau County Police Department hide caption

September 19, 2019 • "Kids stood here and didn't help Khaseen. They'd rather video this event," Detective Lt. Stephen Fitzpatrick told reporters at a news conference. "They videoed his death instead of helping." 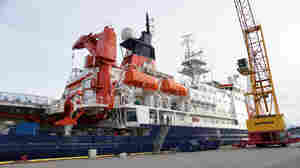 The German icebreaker Polarstern sits in Breivika harbor in Tromso, Norway, on Tuesday. If all goes according to plan, it will spend the next year frozen into the Arctic sea ice. Ravenna Koenig/NPR hide caption

To Better Understand The Arctic, This Ship Will Spend A Year Frozen Into The Ice

September 20, 2019 • A group of scientists is embarking on a bold plan to better understand an extremely understudied part of the rapidly warming Arctic — the central Arctic Ocean. 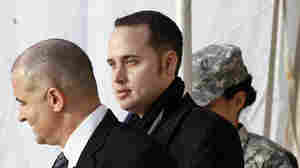 I'll Be Seeing You

September 19, 2019 • Adrian Lamo was a hero in the hacker community for years. Everything changed when he began exchanging messages with U.S. Army intelligence analyst Chelsea Manning. 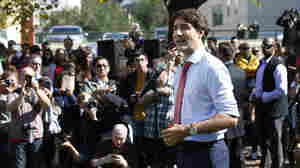 Trudeau Apologizes But Sidesteps Questions On Number Of Blackface Incidents

September 19, 2019 • "Darkening your face ... is always unacceptable because of the racist history of black face," Trudeau said, even as another image surfaced apparently showing him wearing dark makeup. 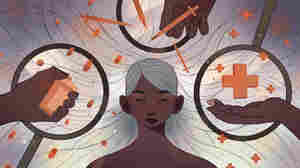 A network of reproductive rights advocates is working to share information about self-induced abortion, both in person and over the Internet. Karina Perez for NPR hide caption

With Abortion Restrictions On The Rise, Some Women Induce Their Own

September 19, 2019 • Activists are spreading information about self-induced abortion online and in person. The World Health Organization says a single drug, misoprostol, can be used to safely induce abortion.

With Abortion Restrictions On The Rise, Some Women Induce Their Own 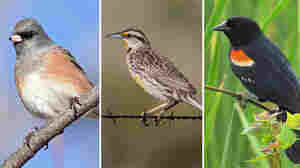 September 19, 2019 • Researchers estimate that the bird population has fallen by a quarter since 1970. More than 90% of the loss can be attributed to just a dozen bird families, including sparrows, blackbirds and finches. 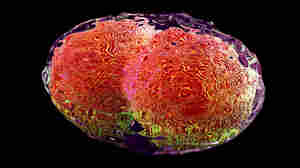 A computer illustration of the virus that causes smallpox. The virus was eradicated in 1980, but live samples are kept in two known labs for research. Science Artwork/Science Photo Library/Getty Images hide caption

September 19, 2019 • The lab is one of two known places that store live samples of the virus that causes the disease. Scientists use them for research. But there is concern about accidental or intentional release.