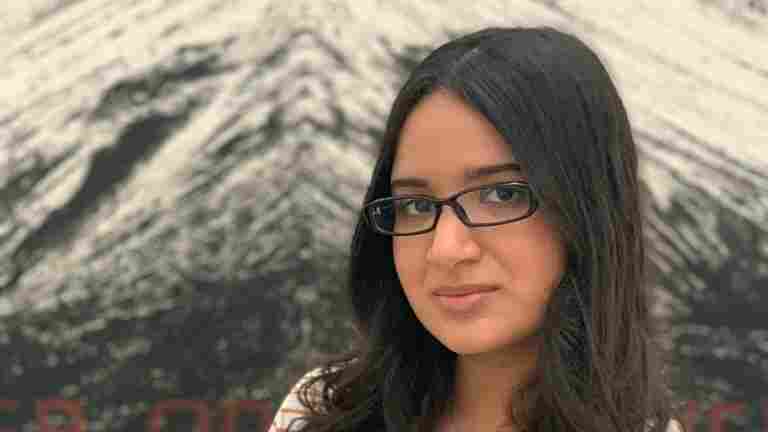 Two weeks after Perla Pimentel was laid off, her father lost his job as a transportation contractor for Disney World. The warehouse where her mom works has also begun to furlough employees. Courtesy of Perla Pimentel hide caption

Job Cuts Hit 2 Members Of My Family In Orlando: No Tourists, No Work

April 24, 2020 • Two weeks after Perla Pimentel was laid off, her father lost his job as a transportation contractor for Disney World. The warehouse where her mom works has also begun to furlough employees. 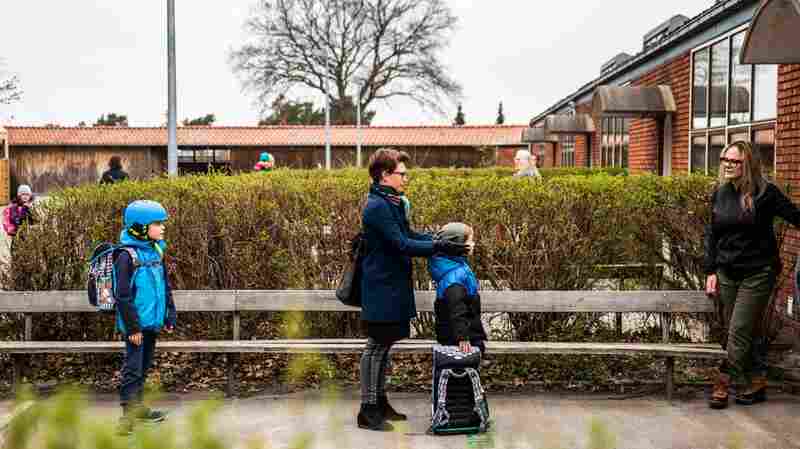 Parents and their children stand in line waiting to get inside Stengaard School north of Copenhagen, Denmark. Olafur Steinar Gestsson/Ritzau Scanpix/AFP via Getty Images hide caption

9 Ways Schools Will Look Different When (And If) They Reopen

April 24, 2020 • From shorter days to smaller classes, school will likely look radically different in the fall. 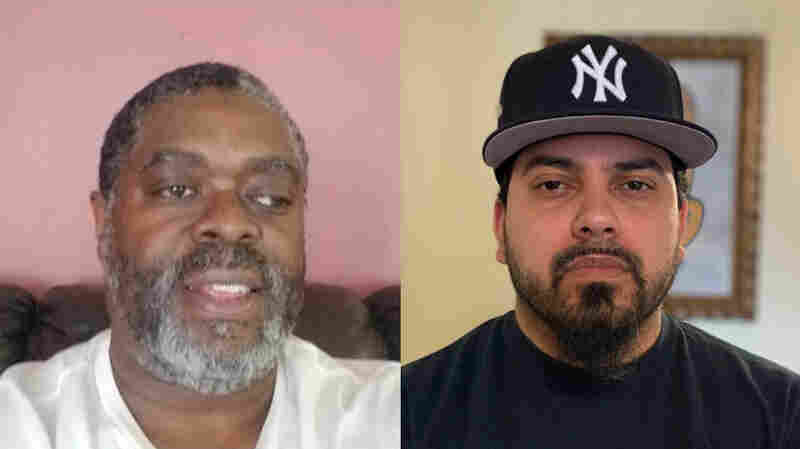 April 24, 2020 • As of this week, 83 workers with New York City's Metropolitan Transportation Authority died from COVID-19. Two bus operators talk about the crushing loss they've witnessed in their field. 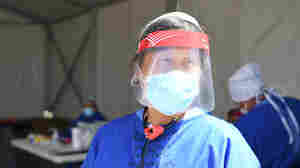 April 24, 2020 • The Navajo Nation has the third highest COVID-19 infection rate in the U.S., after New York and New Jersey. The pandemic is exposing a longtime lack of federal funding for Indian Country health care.

April 24, 2020 • Many Puerto Ricans grow up being taught that they're a mixture of three races: black, white and indigenous. But on the U.S. census, a majority of Puerto Ricans choose "white" as their only race. On this episode, we're looking into why that is, and the group of people trying to change it. 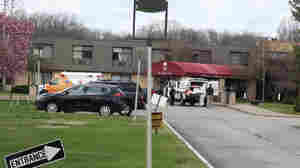 A tip led police to more than a dozen bodies at the the Andover Subacute and Rehabilitation Center in Andover, N.J. The state is among those that grant temporary immunity from civil suits to nursing homes. Ted Shaffrey/AP hide caption 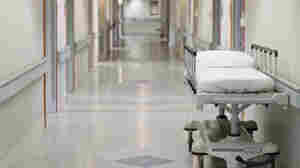 Hospitals are receiving federal aid through the CARES Act. But will it be enough? David Sacks / Getty Images hide caption

April 23, 2020 • The CEO and president of the American Hospital Association says members are losing billions due to the cost of treating COVID-19, the rise in uninsured and loss of revenue from elective procedures. 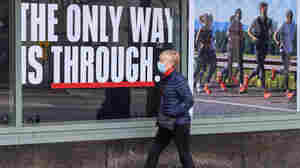 A person wearing a face mask walks down a mostly empty Michigan Avenue in Chicago Thursday. In all major political groups, most people say they support shelter-in-place orders to fight the COVID-19 pandemic, according to a recent poll. Timothy Hiatt/Getty Images hide caption

April 23, 2020 • Only around 20% of Americans say shelter-in-place measures are "causing more harm than good," the Kaiser Family Foundation reports. 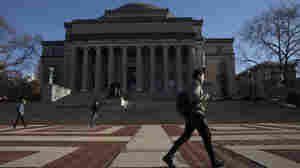 With Campuses Closed, Columbia And Pace Students Sue For Refunds

April 23, 2020 • A growing number of colleges are facing legal complaints aimed at their response to the coronavirus pandemic. 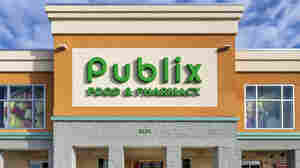 Supermarket Steps Up To Buy From Farmers, Dairies And Donate To Food Banks

April 23, 2020 • Publix doesn't want food to go to waste during the coronavirus pandemic. So it's buying it from farmers and dairies and then will donate it to food banks which are overwhelmed by demand. 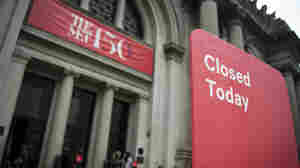 The Metropolitan Museum on Mar. 13, the first day it was closed due to the coronavirus. Mark Kauzlarich/Bloomberg via Getty Images hide caption

April 23, 2020 • One of New York City's biggest tourist attractions and the U.S.' largest art museum says that it has revised its budget shortfall projection — some $50 million greater than just a month ago. 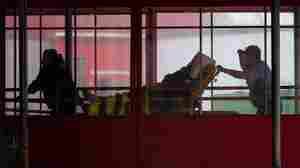 April 23, 2020 • Gov. Andrew Cuomo also said Thursday that based on the preliminary results of antibody testing, officials estimate about 2.7 million people across the state — or nearly 14% — have been infected. 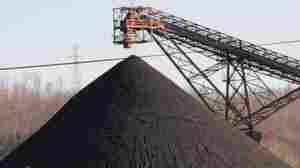 Energy analysts say coal use is down so much that some power plants might run out of room to stockpile it. Reid Frazier/The Allegheny Front hide caption

Pandemic Shutdown Is Speeding Up The Collapse Of Coal

April 23, 2020 • Coal use has plummeted in part because it's more expensive than natural gas or renewable energy. Mines are shutting down, and some power plants may run out of places to stockpile coal. 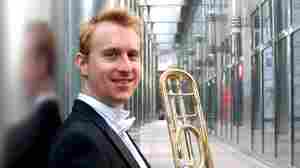 David Roode and his wife, a concert pianist, have done some recording while on lockdown in Cincinnati. And they've tapped into savings they typically rely on during the slower summer months. Courtesy of David Roode hide caption

A Trombonist Wonders When An Audience Will Gather To Hear Music

April 23, 2020 • David Roode's musical career went abruptly on hold when stay-at-home orders took effect. He predicts that when the crisis passes, people will want to enjoy the experience of attending concerts again. 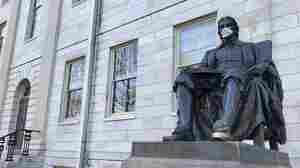 April 23, 2020 • President Trump and others criticized "elite, wealthy institutions" for money allocated to them by a federal package. 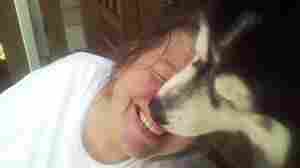 April 23, 2020 • Most of Beverly Pickering's dog walking and pet sitting business relies on people traveling. People aren't doing that much these days.

'Sadly He Is Not With Us': Family Mourns A Dad Who Denied, Then Died From, COVID-19

April 23, 2020 • "Many, like John, made statements early on not fully aware of the severity of COVID-19," Lisa McDaniel says of her late husband. It's now clear, she adds, that shutdown orders were necessary. 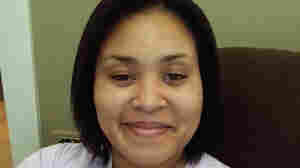 Angelita Wynn, a school bus driver in Pittsburgh, says her abrupt layoff and the delay in jobless benefits has thrown her for a loop. Courtesy of Angelita Wynn hide caption

School Bus Driver: I Lost My Job Over The Dispatch Radio

April 23, 2020 • Angelita Wynn was driving kids back home on her afternoon run one day in March when she got word she was losing her job. With her savings dwindling, "it has led to sleepless nights and anxious days."