Accessibility links
Trump Says California's Ability To Set Its Own Emissions Standards Will Be Revoked The end of the state's Obama-era waiver is seen by many as the latest move to undo a years-long push to produce more fuel efficient cars. 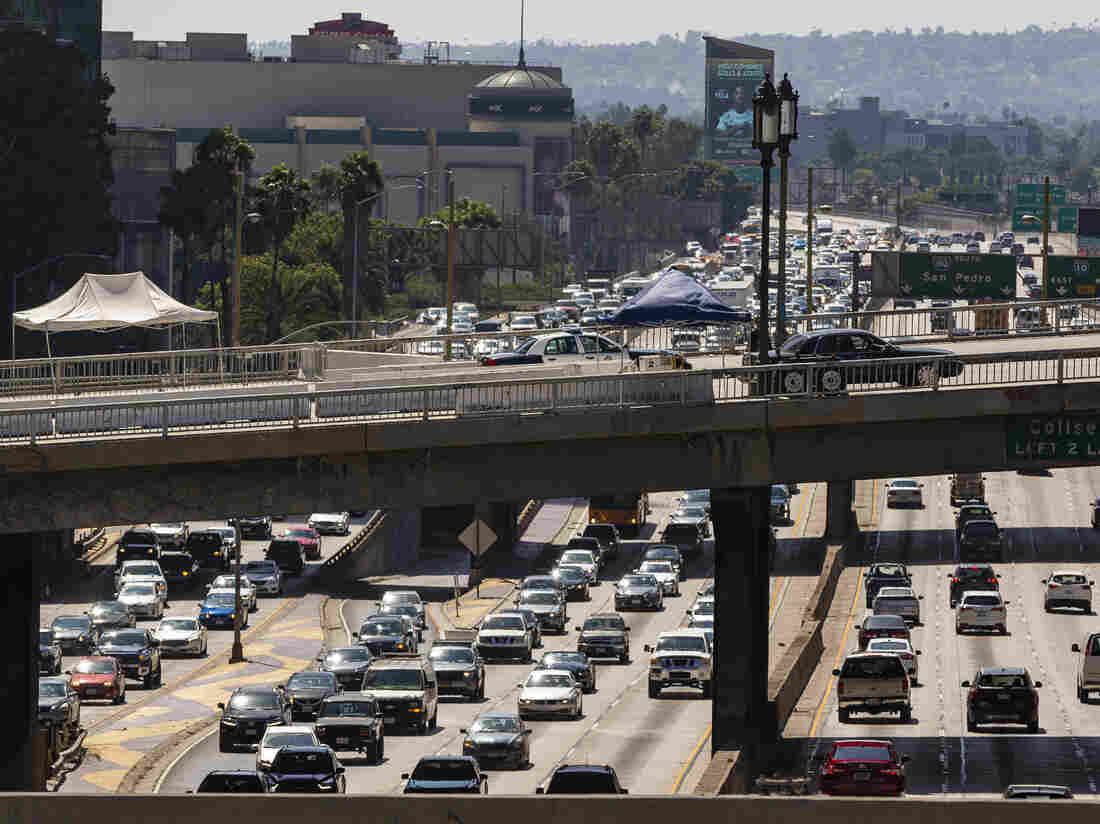 A view over the Harbor Freeway in Los Angeles on Tuesday. President Trump says his administration will revoke a waiver that allows California to set its own vehicle emissions standards. Damian Dovarganes/AP hide caption 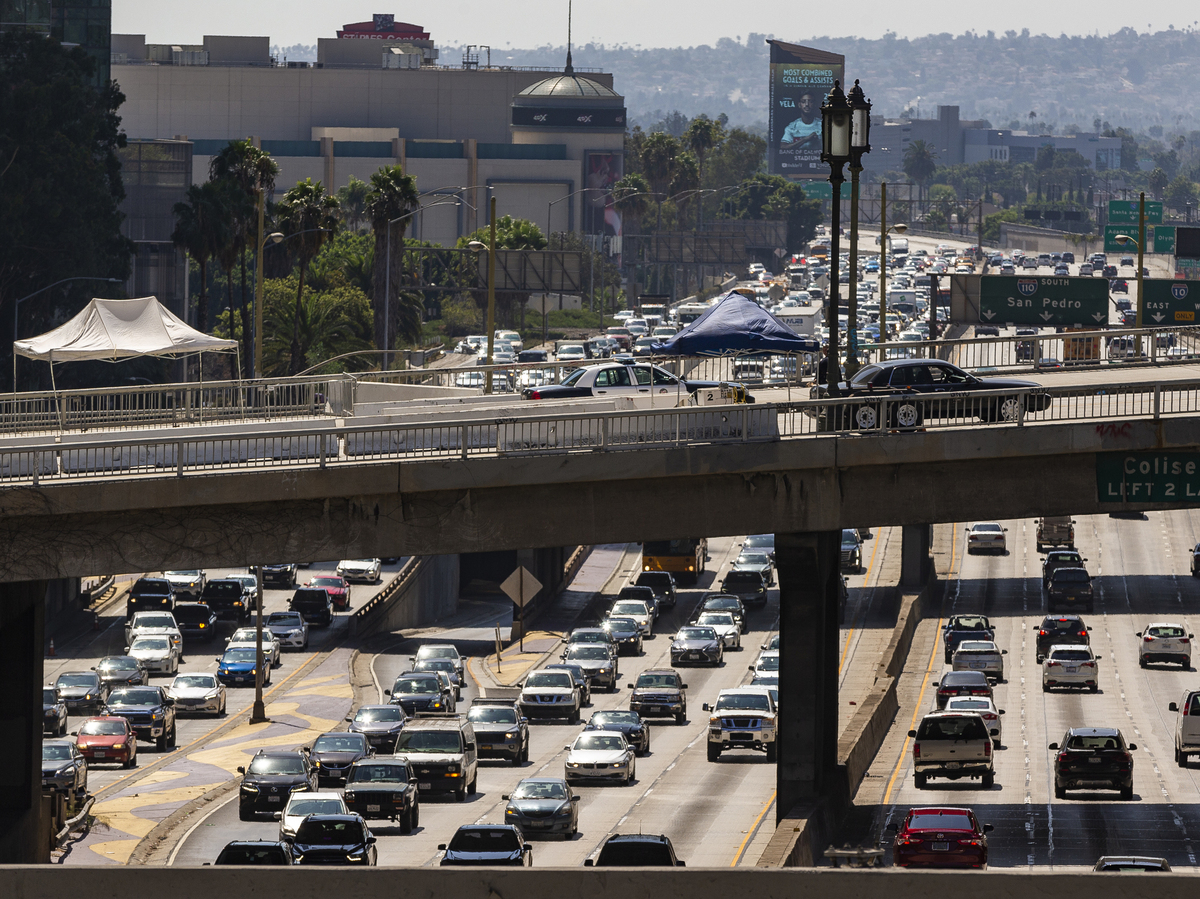 A view over the Harbor Freeway in Los Angeles on Tuesday. President Trump says his administration will revoke a waiver that allows California to set its own vehicle emissions standards.

President Trump said Wednesday his administration is revoking a waiver that allowed California to set its own standards for automobile emissions — a move that could derail a years-long push to produce more fuel efficient cars.

In a series of tweets Wednesday, Trump said the action will result in vehicles that are safer and cheaper, and that "there will be very little difference in emissions between the California standard and the new U.S. standard."

Environmental Protection Agency Administrator Andrew Wheeler telegraphed the planned announcement on Tuesday. Speaking to the National Automobile Dealers Association, he said, "In the very near future, the Trump administration will begin taking the steps necessary to establish one set of national fuel-economy standards."

The Obama-era waiver issued by the EPA to the California Air Resources Board in 2013 allowed the state to set stricter air quality standards than those imposed at the federal level.

The administration's move comes after the Department of Justice earlier this month launched an antitrust investigation into a July deal between California and four automakers — Ford, Volkswagen, Honda and BMW — and is seen as a broader effort by the White House to roll back efforts to combat climate change.

In the agreement between the state and manufacturers on fuel economy standards, which the administration says may be illegal, the automakers pledged to produce passenger vehicles averaging 50 miles per gallon by model year 2026, which is in line with Corporate Average Fuel Economy standards set by the Obama administration.

But the White House wants to roll back the Obama-era requirements with a single, federal guideline that freezes mileage standards at 37 mpg from 2020 to 2026.

Automakers have expressed concern about having two different standards — one at the federal level and another at the state level. They have also welcomed moves to relax the fuel efficiency standards.

On Tuesday, Wheeler told the auto dealers that the administration embraced federalism, "but federalism does not mean that one state can dictate standards for the nation."

The waiver for California was meant to add impetus to the push for higher standards nationwide. With the state's huge car market, it could force automakers to comply with a higher standard than on the federal level or risk losing a huge market. In addition, 13 other states have signed on to California's standards.

California Attorney General Xavier Becerra has vowed to take the Trump administration to court. Speaking on Tuesday, California's Democratic Gov. Gavin Newsom said that while the White House "has abdicated its responsibility," his state "has stepped up."

He said the White House move "could have devastating consequences for our kids' health and the air we breathe, if California were to roll over. But we will not."

In a statement from July, the Alliance of Automobile Manufacturers, an industry lobby group, said, "Automakers have said repeatedly that they support year-over-year increases in fuel economy standards that align with the marketplace, while also advocating for one national program."

California was accorded special status in the 1970 Clean Air Act, allowing the state to set its own emissions standards if it could convince federal authorities of the need to do so. Many of California's antipollution measures have been adopted nationally.