Accessibility links
For Arizona Baseball Fans, A Stadium Bratwurst Meant To 'Blow Their Mind' This season, baseball stadium chefs have gotten creative with over-the-top hot dogs and brats. At Phoenix's Chase Field, fans can try them topped with everything from tater tots to mac and cheese. 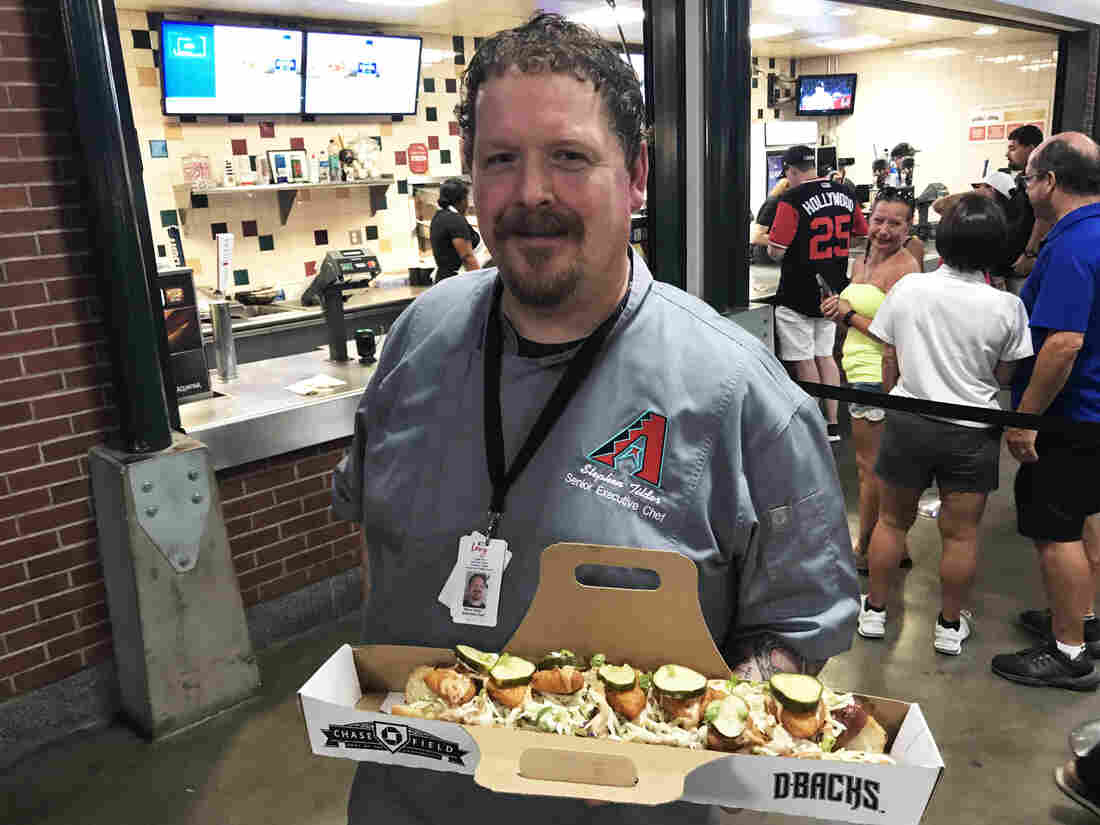 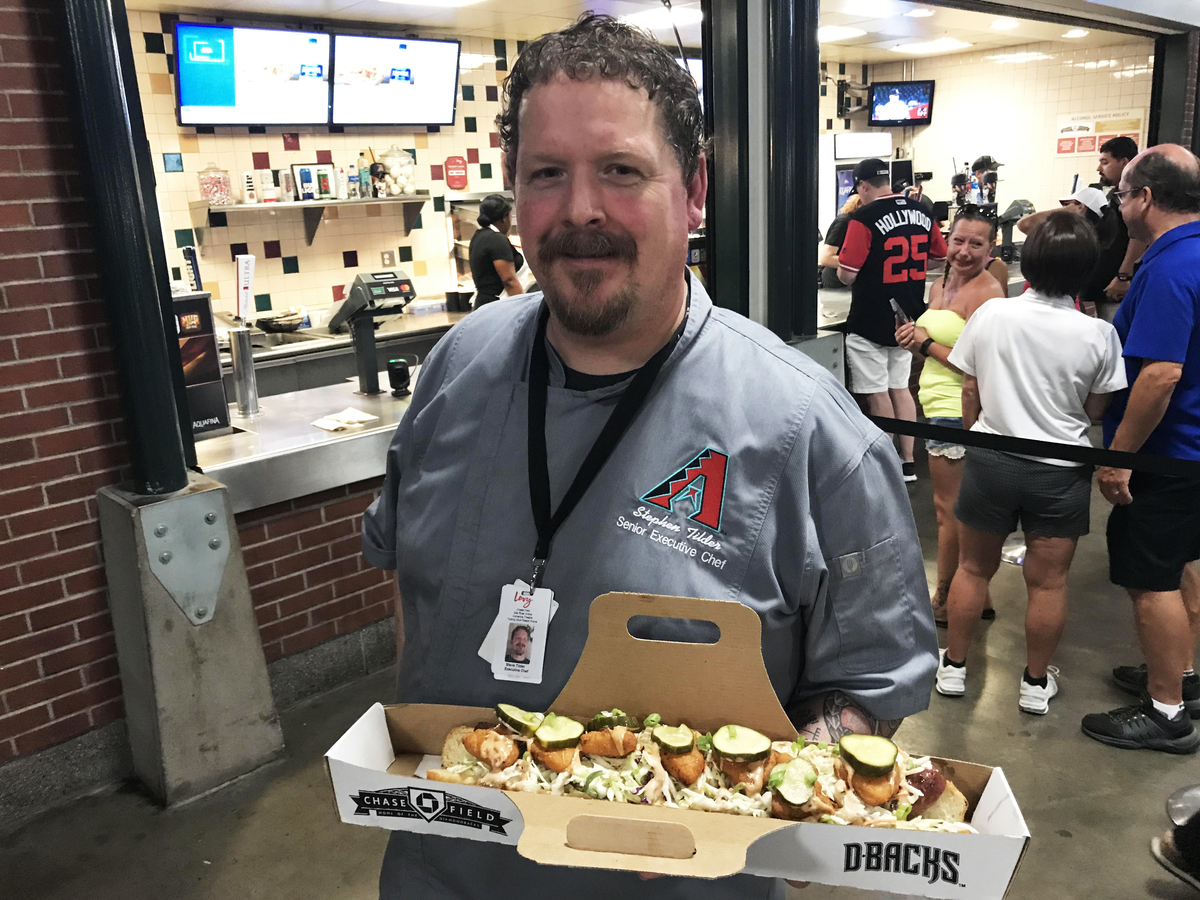 Stephen Tilder, the executive chef at Chase Field in Phoenix, holds the SI Cover Dog, a collaboration with a Sports Illustrated reporter.

For Arizona Diamondbacks fans who like to stick to the basics at home games, peanuts, popcorn, and Cracker Jack remain obvious options. But for those whose game-day taste borders on outrageous, Stephen Tilder, executive chef at Chase Field in Phoenix, has some options.

You can get 18-inch bratwursts adorned with everything from tater tots to fried eggs.

Chase Field is among the stadiums nationwide that now tout menus brimming with outrageous edible novelties.

Come To The Ball Park For Hot Dogs, Stay For The Game

Come To The Ball Park For Hot Dogs, Stay For The Game

"We are always trying to create, basically, restaurant quality food in a ballpark," Tilder says. "When people come in we want to blow their mind."

In March, Tilder — in collaboration with a Sports Illustrated reporter -- created three new gigantic dogs for Diamondbacks' fans. One of those, the SI Cover Dog (named after the magazine) is topped with jalape?o-apple coleslaw, barbecue aioli, fried mac and cheese, house cured beer pickles and green onion. It's all served between an onion bun.

This year we collaborated with @SINow and @TheWilderThings to bring 3 new jaw-dropping #DbacksEats to @ChaseField.

There's also Reuben Some Dirt On It Dog, which features fried pickles and a secret sauce and All-Day Breakfast Dog — with hash browns, country gravy and fried eggs.

Tilder said the Tot Dog, which has tater tots and chili, is one of his top sellers.

"It's a little spicy from the chili, you get the crunch from the tater tots, you get the coolness of the sour cream — so there's so many layers that go really well with each other," Tilder says.

The final ingredient of each of Chase Field's specialty dogs? A $30 price tag.

This baseball season, NPR's Morning Edition found that Chase Field is far from the only stadium reinventing the sport's culinary wheel. From the Atlanta Braves' Blooper Burger to the D.C. Nationals' Bulgogi Hoagie, nationwide, crazy concoctions are tempting fans to abandon the traditional ballgame snacks of the past.

A previous version of the Web story incorrectly said that the Blooper Burger is a Diamondbacks menu item. It's actually an Atlanta Braves menu item.